One last time on the backhoe. Before we got going one guy actually got underneath the machine and disconnected the backup alarm so at least we could move around without that gods awful beep. Then I dug a trench across the road so we could run a hose under the road to the drain we built yesterday. Everything went well, I dug the trench, buried the pipe, cleaned up, and then went to park the backhoe. I shifted it into gear and…nothing happened. I tried again. Nothing. Another guy tried. Still nothing. Everything else worked on it, it just didn’t want to move. So… 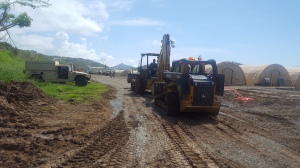 With any luck that’s the last we’ll see of that backhoe.

There’s a resort near the other site that we went to this evening. I actually got to walk along the beach a bit. I’ve become so accustom to New England beaches that I forgot that the ocean could actually be warm. 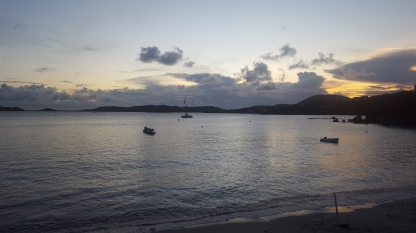 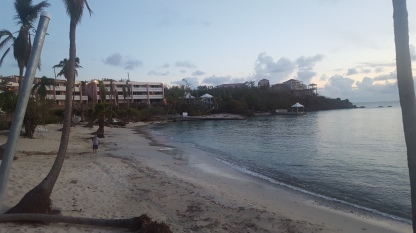 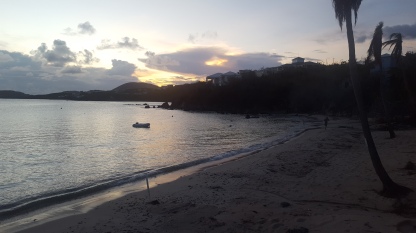 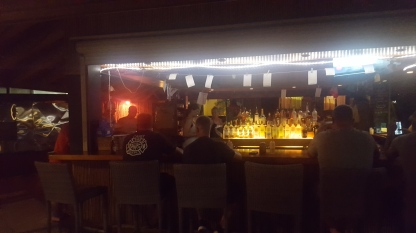 I had some conch fritters which were quite tasty. They actually had the Indian’s vs. Yankee’s game on so most of the night was spent watching that. It reminded me of the first Indian’s vs. Red Sox game in ’96 with all the extra innings. Unfortunately we left before the game ended, but did see on the way home that they had won. Perhaps this is our year. [Retroactive Spoiler Alert: It wasn’t]