For after seven more days, I will send rain on the earth forty days and forty nights; and I will blot out from the face of the land every living thing that I have made.

You may have already seen the Facebook post I posed this morning (which would have been on September 30th and not on whatever day this post is actually posted). If so then you already know what I’m going to say. That little bit of water that we had last night, well we got a little more later in the night.

I woke up a little after two because I had to use the bathroom. I heard rain on the tent so I pulled on my muck boots, stood up and it was like walking on a water bed. There was no water in our tent yet but when I opened the door… 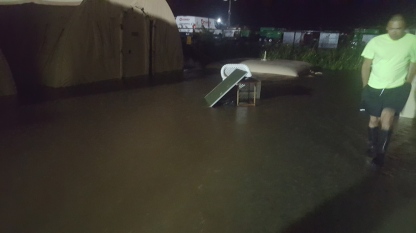 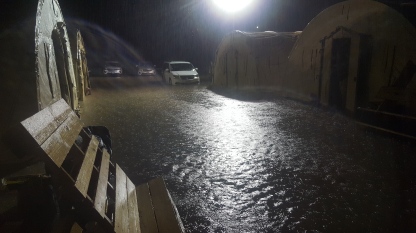 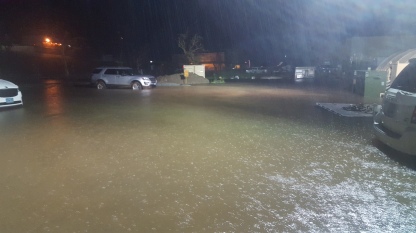 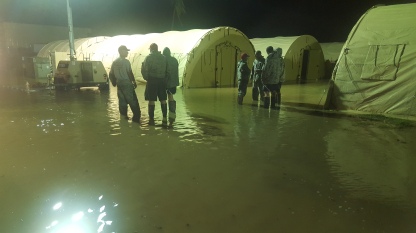 Another guy came out of the tent next to us and said that their tent was flooded. I woke up the tent and we managed to get most everything up off the ground before the water came in. The only thing I had that got seriously saturated was my laundry bag. Which was fine really. But it did not look good: 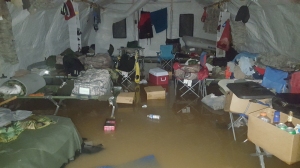 I packed up all my electronics and put them in a container. Thankfully everything survived. After that there really wasn’t much we could do until the rain stopped and the water receded. Which it did after an hour and a half or so. After that we could start bailing out the tents and getting everything out. Over all we had 12 tents that were flooded which were a lot of people to relocate. Thankfully only that portion of the field was the area that flooded, so everywhere else was fine. After we saved all our gear, and had some breakfast (I had the Beef Brisket MRE which is actually quite good, though the potatoes are a little bland) we began setting up four new tents and moving the 12 that were flooded.

Now I know what you’re thinking: we broke down those tents, moved all the parts and set them back up, right? Nope.

So apparently the Army is useful.

This was basically the entire day. After they were moved we staked them back down, tightened up the canvas, and hooked up the HVAC. But it did take all day. The Colonel actually bought us Chinese takeout as a consolation which was delicious. 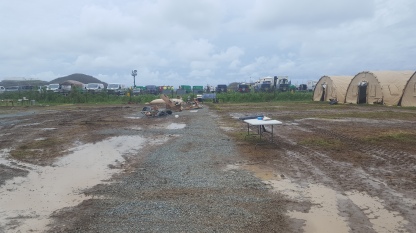 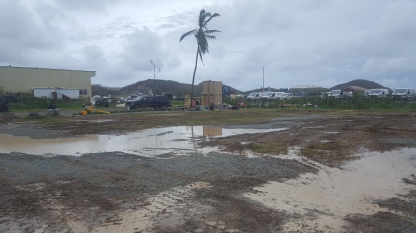 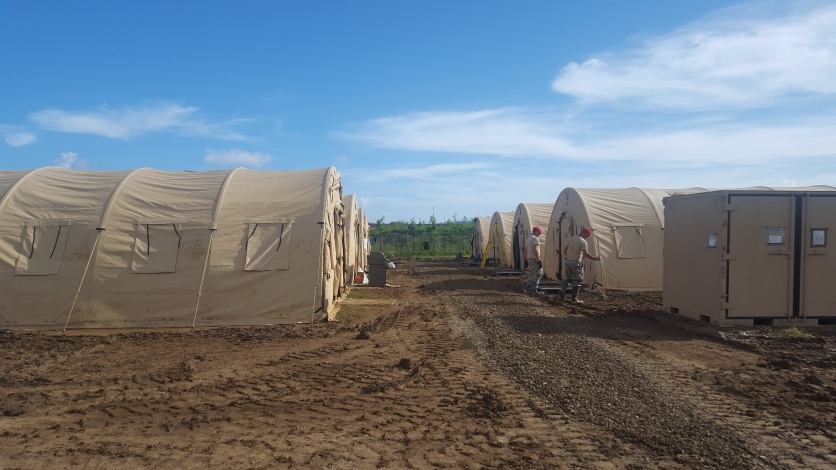 We’re actually getting tomorrow off. I think it’s supposed to rain a whole lot, but at least I don’t have to wake up until I wake up.