Sometimes a week will come to an end and I’ll try to remember what I did that week and I can’t even remember what I had for breakfast 15 minutes earlier. And that’s just in average every day life. In a training environment like this that effect is amplified. This was definitely one of those weeks.

Unlike basic we actually get a schedule of events for the week. In the beginning though we would only get a day at a time. I’ve actually been living that way most of the time. As I haven’t been flight leader or held a squadron or wing position, whether or not I know the schedule really has no effect on whether or not things get done or where I go. However, it is nice to have it to look back on when I write these things. This week was a lot more of those “life in the Air Force” briefings. Some big lectures, some small interactive classroom lectures.

There were two notable events from the week. The first was Tuesday afternoon, our blues Open Ranks Inspection.

Our flight did well. The only issues were minor with the actual technical performance. But over all our inspector was pleased.

The second notable event was, of course, the final PT test. This was the final hurdle for me. Some of you out there may remember that it was the PT test that got me out of ROTC in the first place. So obviously there was some apprehension going into it. However I am happy to report that I did quite well taking nearly a minute off my run time from the start of the course.

That pretty much wraps up the week. Next week we’re going on a mock deployment so we’ll be out in the field from Monday afternoon to Friday afternoon. I missed out on this part at basic so it’ll be nice to get a chance to go out, especially as there will be no MOPP gear involved. I’ll be sure to let you know how it goes!

Okay, I SUPPOSE the other event that happened was my birthday. It would have been nice to have it slide by, but apparently Flower was spaming the spouses Facebook page to make sure that everyone knew it was coming up. I discovered this when a couple people said, “Hey, I heard it’s your birthday this Sunday,” and also when the flight got me a card and sang ‘Happy Birthday’…at 0430… 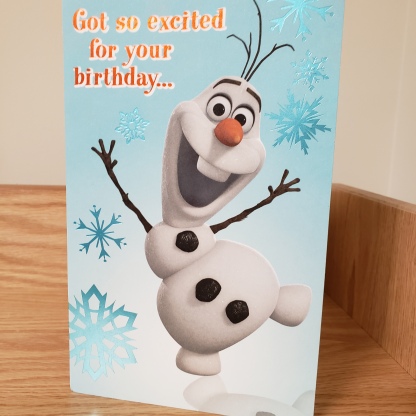 Lastly one of our flight mates had to go home for a few days on emergency leave for a family issue (which you can actually do in OTS). So we took a few morale pictures for him. For some reason facial masks were involved. 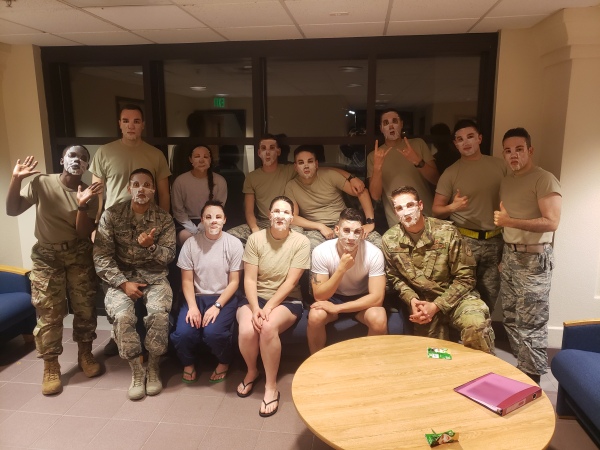 And that is the end of that. Next week we’ll be in the field. Stay tuned!